Give Now!
Put HACC in Your Will!

HACC  / HACC Foundation  / Paxton Gift  / About the Donors: The Paxtons

The Paxtons: Lifetime Generosity With Profound Impact on Central Pennsylvania 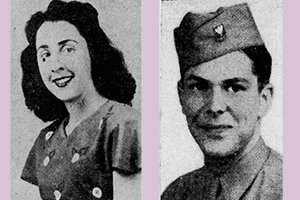 John E. and Gloria W. Paxton lived in Harrisburg, Pennsylvania. Engaged in 1947, their story together spanned several decades during which they were committed to supporting their community.

Mr. Paxton, a registered professional land survey engineer, was deeply committed to his career and held roles in several professional organizations to advance his field. As a veteran of World War II, he supported fellow veterans through his membership in the local VFW and American Legion. Also, he was a member of both the Lawnton and Chambers Hill Fire Companies and was a 45-year member of the Special Fire Police of Swatara Township. Mr. Paxton passed away in 2007.

After her husband’s passing, Mrs. Paxton maintained the philanthropic spirit that had been such a large part of their journey together. Per Mrs. Paxton’s obituary, “An avid lover of animals and nature, [she] was a life member of the Humane Society of Harrisburg Area and its Auxiliary, the Humane Society of the United States and the National Wildlife Federation. She was also a member of Trinity Evangelical Congregational Church of Rutherford Heights. Mrs. Paxton passed away in 2017 at the age of 91.