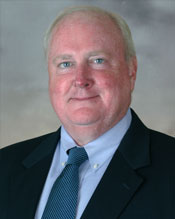 Thomas B. Richey serves on the HACC Foundation Board and as chairman of the HACC Board of Trustees.

Previously, Richey was involved with the commercial real estate business for more than 25 years. He was a city planner and economic development director for the City of Williamsport, a project manager for a large commercial and industrial general contracting company and as the director of acquisitions and construction for a major hotel company.

He also was a principal in two separate real estate companies specializing in the acquisition, development and/or redevelopment, and operations of hotels and commercial office buildings. He spent a number of years working for a Harrisburg area survey and engineering company in the Land Development Plan approval process.