“I love being surrounded by people that want to make me the best person I can be.”

“I was never going to college after high school,” Holly Bickle wrote. She said that her original plan after high school was to join the U.S. Air Force, retire after 30 years and work at the Letterkenny Army Depot. Things didn’t work out that way for Holly after she injured her knee during training."

Much later in life, Holly decided she needed to “change the trajectory of my life.” She started searching the Internet and made HACC her new starting point.

Holly is a nursing student with a background in massage therapy and holistic health. “I have compassion and I want to help people,” she said. “The best feeling I had was having a patient come to [me] in pain and an hour later, I was able to make them feel better.”

After she graduates from HACC, Holly would like to complete her bachelor’s degree in nursing at Penn State Harrisburg.

In addition to becoming a college student, Holly is now an officer of a student club and member of Phi Theta Kappa, the official honor society for community colleges.

“Getting involved on campus has opened so many doors for me,” she said. “I have met some people that have been able to help me with issues I have had.” 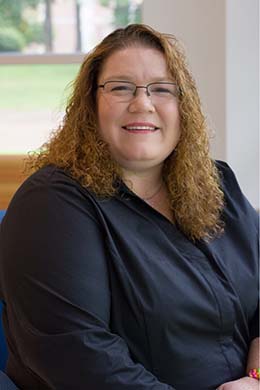