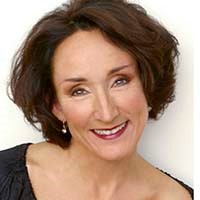 “I attribute my success to having found myself at HACC and having received the support I needed.”

Dorothy “Dot” Byrne’s career has taken her to extraordinary places she never would have imagined. Transitioning from business to the world of professional opera, Dot performed with the Metropolitan Opera in New York, Lyric Opera in Chicago, the Houston Grand Opera and countless opera companies across the country and around the world. Who would have guessed that she credits her success to the guidance and support she received at HACC?

“I came out of high school a good – but not great – student, with no direction,” shares Dot. “I couldn’t afford any other options, and I had no one to give me advice. Luckily, my professors counseled me and offered me opportunities I would not have thought of on my own. With their support, I decided to pursue pre-med courses where I excelled and graduated first in my class. I also joined the choir as I knew I could sing but never took it seriously. I was given solos and loved it, but I continued with pre-med. As I was planning to graduate from HACC, my instructors encouraged me to apply to the University of Pennsylvania and to my surprise, I got in!”

Once at Penn, Dot chose to leave the pre-med program and transfer to the Annenberg School of Communications. “I spent only one year at Penn as I followed my soon-to-be husband to the University of Pittsburgh where I received a full scholarship to complete my degree and begin my MBA studies.”

Dot was offered a job to run the Koppers Company Foundation in Pittsburgh. Soon after, she and her husband moved to Chicago where she continued her MBA at the University of Chicago, working in fundraising and major gifts and later as director of development at the Museum of Contemporary Art. Upon receiving her MBA, Dot became a marketing consultant with Nu-Art, a printing company.

“Once I started my family, however, I decided to make a career change and pursue music, which I always loved. I studied with a voice teacher but was concerned that I had to establish myself at this point in my life. Six months later, in 1987, I entered Lyric Opera’s chorus and followed that with a run in Harold Prince’s ‘The Phantom of the Opera’. He liked my work and asked me to be a principal artist in his production of Candide. I secured an agent in New York, and my career took off!”

Given that her career in the opera community was established and that she could live anywhere, Dot and her husband returned home in 2003 as they had always planned and she continued to work until her retirement in 2012. “My daughter and family live in Chicago, and my son and his family live nearby in Dillsburg. I’m delighted to say that I supported my daughter-in-law Bobbi Whipple to study nursing at HACC, and she now has a great career as a nurse and caseworker.”

Dot continues to speak with gratitude about her experiences at HACC, all of which led her on a trajectory in her career and life. “Of all the educational opportunities I had, HACC was the best! Coming from a background without the advantages could easily have led to insecurity. To get to HACC and feel like I was just like everyone else and to have an incredibly supportive environment was remarkable!”