“HACC has made my desire to learn increase immensely…”

Justin Landes didn’t initially choose HACC. However, after a financial aid issue at a four-year institution, he joined the National Guard to help with his finances. After completing his training, he discovered HACC and “was set on applying.” The tuition for a full-time student at HACC is approximately 25% less than the average full-time tuition at nearby four-year institutions. Justin added that if HACC wasn’t an option, he could “end up in massive debt.”

Since his arrival at HACC, Justin said his desire to learn has increased immensely due to the free available resources, including workshops, tutoring and small class sizes. He said,

“Classes become more like hangouts because you get to know everyone quickly, which increases student success by asking for help from fellow students.”

After graduation, Justin plans to return to HACC to obtain his Pre-Hospital Registered Nurse (PHRN) Certificate and eventually obtain his bachelor’s degree in nursing. 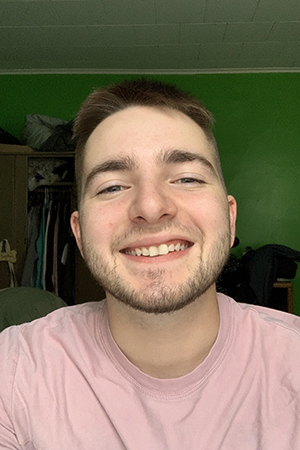