“HACC will move mountains to try and help you. There’s so much in place here for students to ensure that they’re successful.”

When Cody Jarratt moved to Pennsylvania, he decided it was time for him to pursue a college degree. Around the same time, he received a HACC flyer in the mail and decided to visit a campus. He said, “As soon as I walked on campus, I knew I wanted to attend school here because of how friendly and welcoming the campus was.”

Attending HACC was a big leap for Cody, as he was homeschooled and never attended a public school in his life. He said that “in taking that leap, I’ve become more confident.”

Since taking his leap, HACC has not only provided Cody with a formal education, but also given him “hope for a future and having a successful career.” HACC allowed him to get out of what he described as a dead-end job, and he’s “learned to better value myself, my time, and my knowledge.”

Cody graduated from HACC in August 2019 with degree in computer information systems. While a learner, Cody worked in the Information Technology (IT) Department here at HACC. He said he intends to “stay here and gain experience and give back to the college that has given me so much” before he eventually obtains his bachelor’s degree. 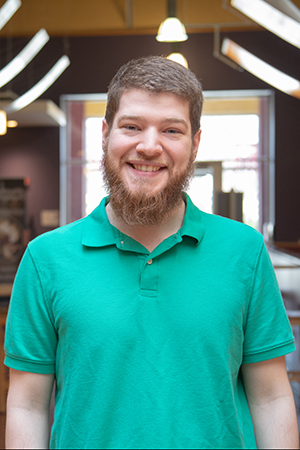