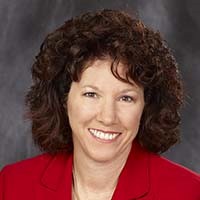 “[My] professor told us that we should not automatically accept what is told to us. We have our own minds. We can educate ourselves and develop our own informed decisions. That moment changed how I looked at everything in my life.”

Growing up in a blue-collar family, Sherry Capello learned the importance of working hard. This philosophy has carried her far in her public service career that includes serving a third term as mayor of the city of Lebanon, Pennsylvania.

Her first public sector job came in 1987 as a zoning officer for Lebanon County. In 1997, Sherry became an assistant borough manager for Palmyra and after four months, was named borough manager. Eleven years later, she joined Derry Township as assistant director of community development until she became mayor of Lebanon in 2010.

As mayor, Sherry has focused her administration on becoming accountable to the people. She led the city in a new direction with impressive results, and Lebanon experienced substantial growth under her leadership. She “got our house in order” by addressing a budget deficit, tackling numerous audit findings, negotiating a contract in 2011 for all three unions and non-union employees that saved the city $150,000 and establishing a reserve fund for future capital purchases.

In December 2013, Sherry received the prestigious Athena Award from the Lebanon Valley Chamber of Commerce, recognizing her efforts to support, develop and honor women leaders in the community. \peSherry serves on the Lebanon Campus Advisory Committee, has talked about government and politics to the Lebanon Campus Student Government Association leadership and participated in the HACC Gives Back community service project in Lebanon in September 2014.